OUR COMMITMENT TO FEMALE FOOTBALL

Following the launch of the AFL women’s season in 2017, names such as Pearce, Hope, Perkins and Phillips have become household names. We’ve even got to see former Blackburn player, Katherine Smith, in action for the Dees.

Not only have we seen huge crowds at the AFLW games but we have seen a significant increase in the number of women and girls playing local football.

None of this comes as a surprise to us at Blackburn.

We have been actively promoting our commitment to female football for more than ten years. Originally encouraging girls to join our mixed teams, we now field a range of teams in female only competitions.

We were one of the first clubs in the EFL to establish a girls football program back in 2012.

Like our boys we now provide a full pathway for female players from Auskick, through juniors to seniors and, who knows, maybe even the AFLW.

We are serious about female football

At Blackburn, we are serious about our commitment to female football.

Ultimately, we would like our women’s team to play alongside our men at the highest level of suburban football. This will take time. In the interim, our aim is to develop a strong sustainable female football program.

Former Blackburn player, Katherine Smith, in action for the Dees.

“Our primary focus is on having fun, developing new skills, making new friends and enjoying the great game of football in a supportive all-female environment.“ 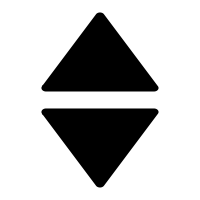